An Image of the New Iranian "Smart" National Identification Card

According to several reports on social media, the National Identification Card in Iran is now only issued for the followers of one of the four recognized religions in Iran.

The recent change in the options of applying for Iranian digital National ID Card (NID) only allows Muslim, Christian, Jewish, and Zoroastrian citizens to register. This leaves Iranian minorities like Baha’is, Mandeans, Yarsanis, and Yazidis out of the citizenship circle.

NID is one of the essential documents in Iran. All Iranian citizens age 15 and above should obtain a national ID card. Citizens use this card and its 11 digits number for any government and civil related business such as getting a passport, driver’s license, and official documents.

Iranian need these 11 digits’ identification numbers for any financial transactions, including opening a bank account and buying property.

Article 13 of the Iranian Constitution says: “Zoroastrian, Jewish, and Christian Iranians are considered the only recognized religious minorities” in Iran.

Iran started to issue first the National Identification Number and then the NID in the year 2000, but in recent months, those who are not the followers of the four recognized religions cannot apply for an ID card. 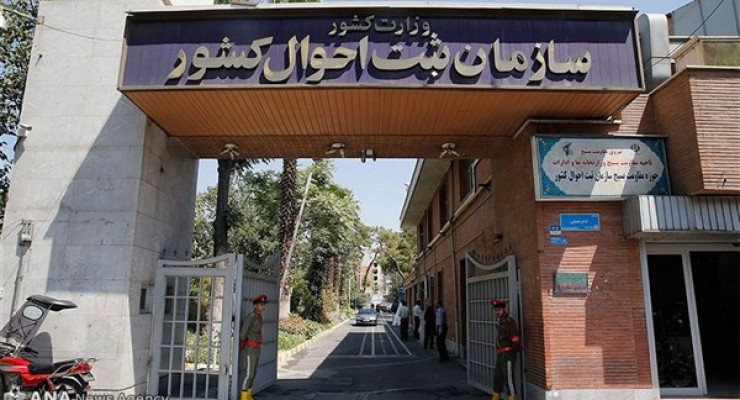 There used to be an option of applying for NID and choosing an option of “other religions” in the application form, but Iran has now removed that option.

This affects the followers of the Baha’i faith who live inside Iran, greatly. Already being persecuted and discriminated against, Iranian citizens who belong to other faiths such as Baha’is cannot obtain a NID card from now on. Not obtaining a NID card puts religious minority individuals at greater risk of arrest and persecution.

Baha’i International Community website (BIC) reported on January 27th that Iranian authorities have been arresting and sentencing the followers of Baha’i faith to prison solely because they are practicing their religious beliefs.

Diane Ala’i, the representative of the Baha’i International Community in Geneva explains that Baha’i cannot lie about their choice of religion: “… the Baha’is of Iran continue to strive to live in accordance with the Baha’i writings, which uphold truthfulness as ‘the foundation of all human virtues. How could Baha’is that apply for their national identification ID cards, for public sector jobs, or to enroll in universities be punished simply for being truthful?”

Iranian government and officials have been very hostile toward the Baha’i community since the Islamic Revolution of 1979 and coming to power of a Shi’ite majority state.

Recently Mohammad Javad Abtahi, a member of the Iranian parliament from the city of Khomeini Shahr, said that he had warned the interior minister about the NID cards. He said: “keeping the option of ‘others’ in the application could mean that (Iran) is recognizing Baha’i as a religion. As a result, this option has been removed, and the only options are known and recognized as religious minorities.”

Human rights organizations and activists have objected to this new regulation. “It is severe and undisguised discrimination and a flagrant violation of Iranian and international law that should be widely condemned by the international community,” said Hadi Ghaemi, executive director of the Center for Human Rights in Iran (CHRI).

In September 2016 while Hassan Rouhani was serving his first term as the president of Iran, Baha’i International community in an open letter calls on him to end systematic economic and political oppression of the Baha’is.
Reportedly more than 200 Baha’i’ were killed or executed, hundreds more were tortured or imprisoned, and tens of thousands lost jobs because of their religious beliefs, post-1979 revolution.

The Baha’i faith originated in Iran in 1844, but it is banned there. The followers of the faith undergo systematic persecution by the Iranian state. Israel is currently home to some of the Baha’i holy sites and also some of the administrative buildings, due to the banishment of the founder of the Baha’i faith by the Iranian state and the Ottoman Empire. There is an estimate of six million followers around the world.
It is estimated that some forty thousand Baha’is live in Iran.