The head of the judiciary for Damavand municipality has announced that more than 50 young Iranian women and men have been arrested in raiding of a mixed-gender party in Ab-e Sard region. 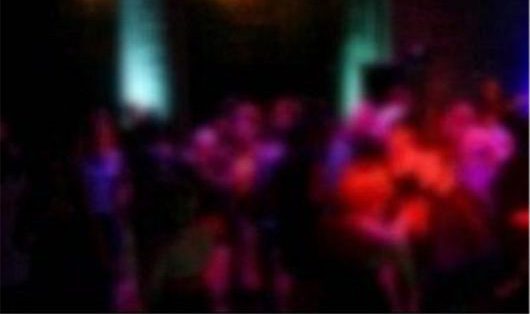 Damavand is a rural mountainous area northeast of the Iranian capital, Tehran, where Tehranians go to relax, hike or rent a cottage and party.

Mojtaba Mohammadi, the head of Damavand judiciary confirmed the arrests on 22 July 2016, adding that the party was organized using social media and cloud messaging apps on the internet.

While parties are often raided in Iran, it seems that the recent youth party crackdowns are related to the state’s fear of social media as tools for mobilizing youth.

In the past months, arrests of Iranian citizens attending mixed-gender parties have increased in numbers. The Islamic Penal Code of the country does not explicitly ban parties in private sphere; however, mixed gender crowds often face charges of intermingling with the opposite sex and moral misbehaviour which are loosely defined under law.

In the Damavand case, the prosecutor has put forward charged of finding 25 liters of alcohol at the party adding that the crowd of 50 is being separately charged for the alcohol.
Alcohol consumption is often punished by fined and lashes; however, carrying large quantities of alcohol can lead to lashes, fines and jail time.

Party-goers have been persecuted in Iran since the 1979 revolution, however recently there has been particular security attention to parties that are organized online and through social media.

He has not elaborated on who might be leading the planning of these underground parties and what the common goal might be.

However the spokesperson for the federal judiciary has claimed that youth underground parties in Iran are linked to “foreign diplomatic missions, embassies and consulates” in Tehran. He added that the organizers of these underground parties in Tehran and other provinces like Khorasan-e Razavi and Mazandaran are the same people.

The federal judiciary office in Iran has appointed intelligence and security officers to the task of monitoring underground youth parties.

The call for of the involvement of security forces in crackdown on youth parties has lead to grave consequences for young people who have been arrested in mixed gender parties and more so the organizers. In the city of Mashhad, At least two organizers of youth gathering are being held without charges as of a month ago and the numbers might be greater than this.

It seems that the federal judiciary and the digital police in Iran in more concerned with the social media power to mobilize the youth than the actual activities happenings in the parties.

Coup or a gift from Allah?

Medical errors, the tip of the iceberg of problems plaguing Iran’s health system