Students suspended for dancing at University event in Iran

Dancing at a university event precipitated the suspension of a group of students at University of Sistan and Baluchistan last week. 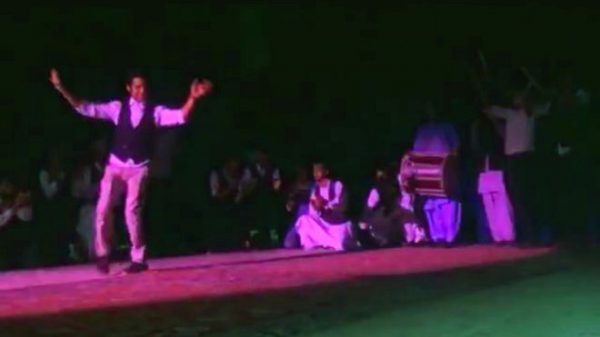 A video circulated social media and various sites last week showing a number of students dancing on stage at a University of Sistan and Baluchistan event. The clip also showed some people among the audience joining in the dance.

The University of Sistan and Baluchistan has been hosting the Festival of Iranian Ethnic Groups aimed at introducing the many Iranian ethnic groups to the student body and the province. The month long events began late May in the city of Zahedan in south eastern Iran, and were winding toward the end of the festival, when the video of dancing students raised controversy.

After the video clip was posted on line, Hosseinali Shariyari, Zahedan representative in the Iranian parliament slammed the event saying the scenes captured were “shameful and inexcusable”. He maintained that he had seen the recording of the event and stated that “the dance cannot be passed as folk dance” and was rather a “vulgar demonstration, alien to the local culture”.

The Zahedan MP has indicated that he is planning on meeting with the university president, who is currently abroad, to discuss the incident. He added that the Minister of Science and Technology may also be consulted on the matter.
Reports indicate that the university public relations office has issued a statement expressing concern that the incident has occurred “despite all measures taken to prevent such interminglings”. Despite the statement, Zahedan prosecutor has filed charges against the university and has added that more charges may be laid.

Meanwhile the university disciplinary committee has issued a preliminary decision suspending seven students for varying terms. Asr Taodol website reports that five students have received suspensions for two terms and another two for one term for their connection to the dancing incident at the university. The website reports that one of the students has informed them of the suspension adding that they intend to appeal the decision.

In recent weeks many young Iranians have been arrested for attending parties with participants of both sexes. Iranian government does not allow socializing between members of the opposite sex unless they are legally married or immediate family.

The Islamic government has progressively outlawed all forms of dancing; however, on some occasions folk dances representing traditions of Iran’s many ethnic groups have been issued permits for public performance by the ministry of culture.

In the past year, a conservative backlash has led to local decision makers overturning permits issued by the ministry of culture for music events and concerts being cancelled at the eleventh hour.