Shahidokht Molaverdi, the Iranian president’s advisor on women and family affairs, says the new plan to deploy 7,000 “undercover morality police” on the streets of Tehran is causing serious concern for families. 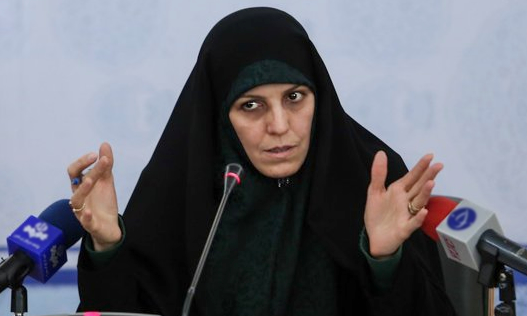 On Saturday, ISNA reported Molaverdi’s account of a meeting she attended on April 22, where she says mothers were very concerned for their daughters’ safety in view of this new plan.

The Tehran police force has announced it will deploy 7,000 undercover morality police to enforce hijab and Islamic behaviour on the streets of the city.

President Rohani reacted to the news, saying the government does not have the right to “interfere with people’s public and private lives.”

Molaverdi stressed that the people want the president to attend to this matter and “monitor and enforce the necessary orders “.

She added that the matter is on the agenda for the next cabinet meeting on Sunday.

The Tehran governor’s office as well as a number of MPs have spoken out about the plan by police, but Friday mass Imams expressed support for it in their most recent sermons.

Police in Iran often ratchet up their presence on city streets with the arrival of spring and summer, stopping and arresting women whenever they feel they are not complying adequately with the Islamic dress code (hijab); the deployment of undercover morality police is the newest development for such efforts.