Unpaid bills by automakers cause job losses in parts sector

Two thousand workers in the auto parts manufacturing sector in Khorazan Razavi Province have lost their jobs in the past year, provincial authorities report. 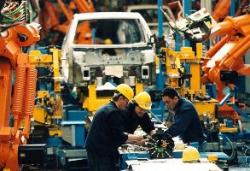 The report on the Tasnim website on Thursday April 8 indicates that there have been no statements so far about any further layoffs in the new year.

It was emphasized that the payment of overdue accounts by automakers could be the right step in avoiding any further layoffs.

In recent years, the auto industry has been languishing under serious financial problems attributed to international sanctions.

The head of the Khorasan Razavi Auto Part Makers Association said despite several consultations with automaker Saipa, it has not received any adequate response regarding Saipa’s overdue accounts.

Saipa is one of the country’s largest automakers.