The Iranian health minister has contacted the daughters of MirHosein Mousavi and Zahra Rahnvard, the opposition leaders under house arrest, assuring them that he visited their parents together with their physician and will make sure that they receive adequate medical care. 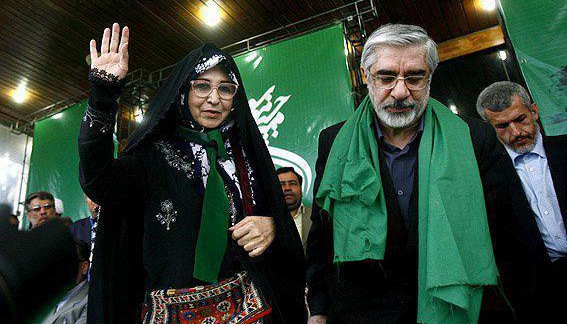 Kaleme reports that Hassan Ghazizadeh has told the Mousavi daughters that under his supervision, medical treatments for their parents will be followed up regularly.

Last week, Kokab, Zahra and Narges Mousavi reported that their mother is not in good general health and the authorities have been negligent in providing adequate medical care for their parents.

The also reported that their father’s need for continuous heart monitoring and care regarding his heart complications is also being neglected.

Following the report about the health minister, the Mousavi daughters report that they have no access to their parents during the week and say: “This unique situation of incarceration is the elimination and confiscation of all human rights, and in this midst, some of the side effects are a lack of timely access to medical care and the hiding of facts.”

Mousavi and Rahnavard have been under house arrest since February 2011 for their roles as leaders in the election protests of 2009.

Erdogan and the Press