The head of Iran’s election office, Mohammad Hossein Moghimi, has welcomed the reported demand by Mehdi Karroubi to be given the right to vote in the elections. 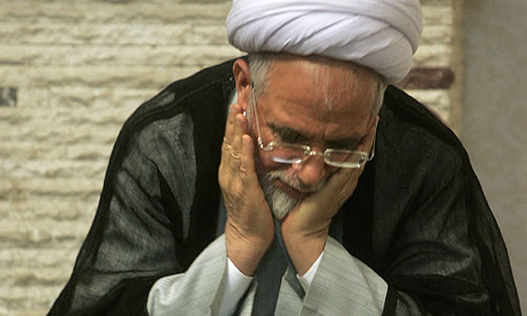 The Fars News Agency reports that Moghimi said: “All eligible voters should be provided with the facilities to cast their vote.”

Mehdi Karroubi, the reformist candidate in the 2009 election campaign, has been under house arrest since February of 2011. Although no formal charges have been filed against him or fellow candidate MirHosein Mousavi, the establishment has been verbally accusing them of sedition for triggering election protests with their allegations of vote fraud.

Yesterday, Karroubi’s son, Mohammad Taghi Karroubi, wrote in an Instagram message that his father has demanded to be provided with a ballot box to cast his vote in the Assembly of Experts and parliamentary elections on February 26.