Five Iranian activists have been sentenced to prison and flogging in Ardebil for demanding the release of political prisoners. 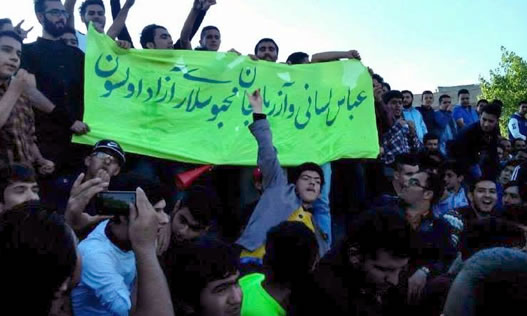 The five are said to have prepared a banner calling for the release of a number of political prisoners and waved it at a football game. The report indicates the banner said: “Release Abbas Lesani and Azerbaijan activists!”

Lesani is an activist from Azerbaijan province who is serving a sentence in Shiraz Prison in exile.

Elections debate between newspaper chiefs cancelled with no explanation