The Iranian president’s advisor on women’s affairs, Fahimeh Farahmanpour, has expressed grave concern over the Guardian Council’s widespread disqualification of women running in the elections. 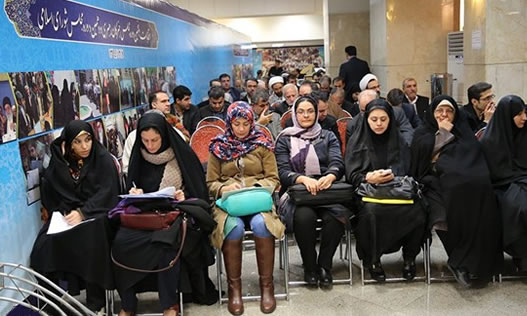 Farahmandpour told ISNA on Tuesday February 9 that the widespread elimination of women from the list of candidates, especially in smaller cities and towns, will have “adverse social effects”.

She said when a female candidate in a small town is disqualified on the basis of paragraph 1 of Article 28, which refers to lack of practical commitment to Islam, then she will have to shoulder a heavy cost in her community.

She added that such an approach will also discourage women from stepping into the political arena in the future.

She stressed that this approach merely entrenches the minimal presence of women on the political scene.

The Guardian Council has disqualified most of 12,000 people who had registered to run in the elections, mostly on the basis of a “lack of practical commitment to Islam”.

The number of female candidates was 1,234, which is up from 458 in the last parliamentary elections. The president’s advisor did not provide details about the number of disqualified women.