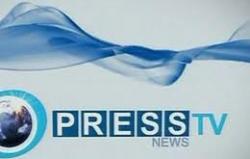 The Press TV public relations office told IRNA: “While audio files have no legal value and no complaints have yet been filed, since the matter is of importance, we have launched an investigation to determine the truth, and in the meantime, both individuals have been suspended.”

The network states, however, that it considers the matter “suspicious” because it involves “the interaction of anti-regime individuals and political opportunism without launching an appropriate complaints process.”

In a video interview with Roozonline, Shirani expanded further on being subjected to sexual harassment by Emadi and other network managers.