More than 800 student activists have written to President Hassan Rohani to protest “the pressure against student media” and to call for an end to this approach. 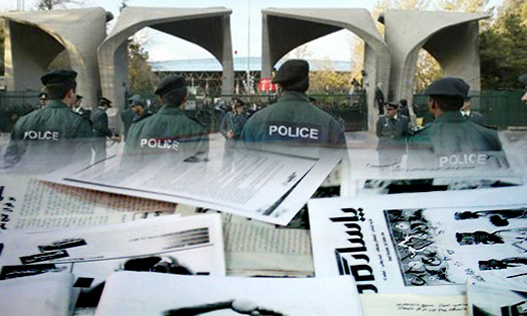 The Etemad daily reports that in recent months, student newspapers have been under severe pressure, and writing about politics “has become an unforgivable crime” for them, while reporting on “social maladies is being branded as showing a dark view of the country”.

The reports indicates that the newspapers are facing reprimands and complaints from university officials, who use “various excuses” to halt student media activities.

Student activists report that with the approach of December and National Students Day, student media became more active, and now, in response to this crackdown, even more intense.

Students activists say that in view of the persistent oppressive approach, they have decided to take collective action and call on the president to stop this violation of their rights.

The 804 students who signed the petition are active in 272 student publications.