Deals in progress to sell Russian aircraft to Iran

Russia says it is prepared to sell MC-21 passenger planes and the Sukhoi Superjet 100 to Iran and would also set up MC-21 parts factories in Iran for joint production. 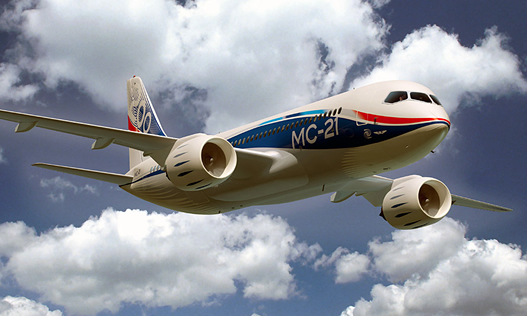 Russian news agencies report that deals are in the works to sell Iran 100 Sukhoi Superjet 100 aircrafts, which can carry 100 passengers, and to set up an Iranian partnership to produce aircraft parts for MC-21 planes.

The Sukhoi Superjet 100 entered the market seven years ago, and the Sukhoi company has received orders for 197 jets from Russian, Indonesian and Armenian companies.

The MC-21 passenger planes are also seeking buyers, and six aircraft were recently sold to Egypt.

Meanwhile, following the Iranian president’s trip to France, it was announced that Iran has signed a $25-billion dollar deal for the purchase of Airbus aircraft.