Said Madani, the jailed Iranian scholar and member of the National-Religious Coalition, has been given a furlough after four years. 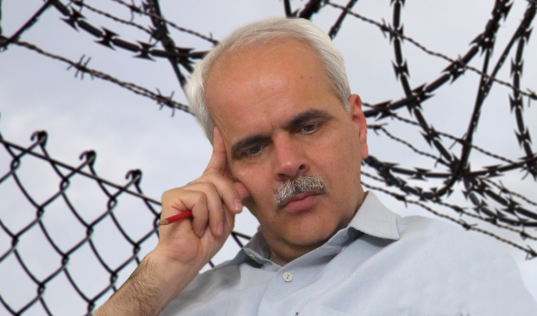 The Kalemen website reports that the activist has been in Rejai Shahr Prison in Karaj since 2011.

According to his indictment, he was charged with “cooperation with the Coordination Council of the Green Path, the Committee to Defend Freedom, the Committee against Arbitrary Detention and the Nationalist-Religious Council, and the publication of several articles and books aimed at painting a dark picture of the country’s situation”. He was finally found guilty of “acting against national security and propaganda against the regime” and sentenced to six years in jail and a ten-year exile to Bandar Abbas.

Madani was also arrested in 2000 together with a group of nationalist-religious activists and sentenced to four years in jail for “membership in an illegal group, collusion to commit a crime and propagate against the regime. After five months in solitary confinement and another seven months in jail, he was released on bail of 200 million toumans.

Madani has done a number of research studies into topics such as poverty and inequality, addition, child abuse, violence against women and social welfare.