Sexual insults against president’s advisor may shut down newspaper

Ali Jannati, Iran’s minister of Culture and Guidance, has announced that the Yalsarat weekly may be denied publication in the coming week. 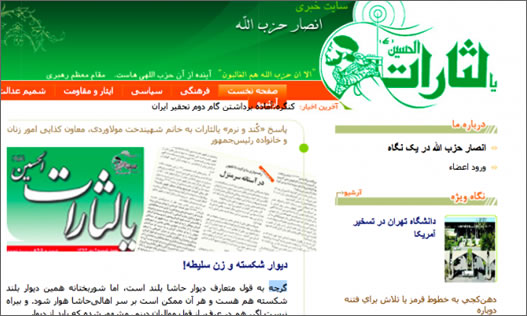 On Monday December 28, Jannati told IRNA that the weekly has already received three warnings and was told that in case of another, it would be shut down. He added that the matter will be reviewed at the next meeting of the Press Supervisory Board next Monday.

The weekly has published articles containing sexual insults to Shahindokht Molaverdi, the president’s advisor on women and family issues.

Molaverdi has used her Facebook page to slam the “foul” articles, saying they reveal the political and social costs that women pay in shaping their lives and the fate of their country.

“It reveals what hazards and costs women have to face. [The article] tries to intimidate women, showing them that even if they become the president’s advisor, they will not be safe from the edge of their razor-sharp insults,” Molaverdi writes.

Yalsarat began publication in 1995 and is linked to Ansar Hezbollah, an extremist group in Iran
Molaverdi has been vocal about the need for legislative reform to promote women’s participation in all aspects of life in Iran.