Tycoon’s lawyer says reasons for his imprisonment have lapsed

The lawyer for Iranian tycoon Babak Zanjani, who has been jailed on fraud charges, says he has filed a request for his client’s release. 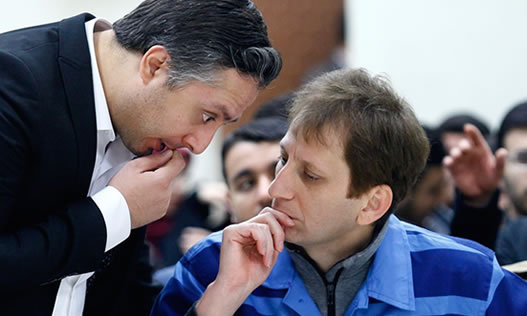 ISNA reported on Monday December 28 that, according to his lawyer, Zanjani was arrested two years ago with a temporary arrest warrant pending the completion of investigations and was denied bail due to the “possibility of tampering with the evidence and impeding the current investigations”. He adds that six months have elapsed since the end of investigation and so far 24 trials have already been held; therefore, there is no reason for his detention to continue.

Zanajani was arrested two years ago for failing to transfer funds from oil sales to the Ministry of Oil. Zanjani collaborated with the Mahmoud Ahmadinejad administration to circumvent international sanctions and sell oil on the international market. The indictment states that he has failed to deliver 2.6 billion euros to the Oil Ministry.

His lawyer insists there are no legal grounds for keeping his client in jail and further adds that his release could in fact be an “effective and practical move toward the speedier return of the debt, as his client’s assets are potentially vulnerable to opportunists.”

In Zanjani’s last trial session, which was held on December 20, Judge Salavati gave the accused one month to pay his debt to the Oil Ministry.