A spokesman for Iran’s Department of the Environment says Iran is prepared to reduce greenhouse gas emissions by 12 percent. 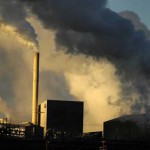 ISNA reported that Saeed Motesadi said on Monday December 8: “We have been reviewing the possibilities of reducing greenhouse gases, and after several meetings and reports from various national climate-change committees, we have identified unconditional ways to reduce these gases by four percent and another eight percent dependent on certain conditions.”

Motesadi added that it is not possible to use new technology to limit emissions when the country is under international sanctions.

The head of Iran’s Environment Department said recently that average temperatures in the country have risen by 1.5 degrees due to greenhouse gases.