Tehran police report that three people have been arrested for “spreading rumours about a hostage-taking at the mobile flea market and bomb threats at two locations in the city.” The names of the detainees have not been announced. 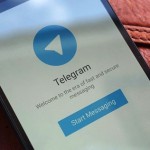 The Fars News Agency reported on Wednesday November 25 that according to police chief Hossein Sajedinia, the photos posted with these reports were false and were from police maneuvers carried out as part of Security Police Week activities.

The head of Tehran security said these individuals were “targeting the mental security of the public”.

Last Sunday, a number of online messages on Telegram and other mobile networking sites reported 27 dead in a hostage-taking incident at Tehran’s mobile flea market as well as bomb threats in two parts of the city.

The news was immediately denied by the police and the media.

The rumours come as the press supervisory board is reviewing the need for censorship of the mobile networking site Telegram.