Ali Zarean, the director of the Children and Youth network of Iran’s national broadcaster Seda va Sima, resigned from his position in the wake of controversy over the program entitled “Fitileh”, which Iran’s Azeri community has denounced as ethnically insulting. 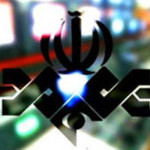 The Fars News Agency reported on Monday November 16 that Zarean has “accepted the blame for his mistake” and apologized to the Azeri community.

The airing of the program was followed by widespread protests in Iran’s various Azeri-speaking provinces, prompting police intervention in some places.

Zarean and a number of other Children and Youth program managers were reprimanded in connection with the program.

A complaint has also been filed against the head of Seda va Sima as well as the program’s director and producer for “disturbing and insulting the public”.

Minister comments on “enemy infiltrators” and bombing in Beirut