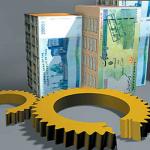 The Coordinating Council of Public and Private banks announced that the interest on a one-year deposit will be reduced to 18 percent from 20 percent.

This is the second time interest rates have been reduced in the past six months.

The government of President Hassan Rohani has been taking a number of initiatives in recent weeks to stimulate the declining economy.