The British Minister of State for Trade and Investment has led a trade delegation to Tehran. 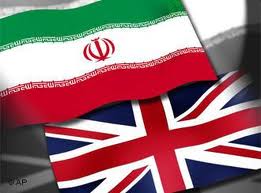 Francis Maude will meet with President Rohani and a number of his ministers during his two-day visit.

This is the second British trade delegation to visit Iran in less than a month. The first one was headed by the former British ambassador to Tehran, Richard Dalton.

Iran has said it is interested in rebuilding economic relations with other countries and is encouraging foreign investment in its industries and infrastructure.

More and more foreign ministers and trade delegations from other countries have been traveling to the country since Iran and the 5+1 reached a deal over nuclear disputes last July.

The nuclear deal has since been approved by government bodies in Iran and the U.S. and is in the process of being implemented. According to Iran’s president and foreign minister, all economic sanctions on Iran are set to be removed within two months.