The first talks with the participation of all foreign powers involved in the Syrian conflict began in Vienna today, as violence continued to claim more lives in Syria. 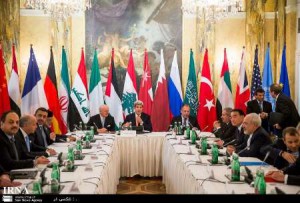 The West and its allies are insisting on the removal of Beshar Assad, while Russian and Iran oppose it, insisting that the leadership of the country should only be determined through elections without prior conditions.

This is the first time Iran has been invited to the Syrian peace talks, and Foreign Minister Mohammad Javad Zarif was quoted as saying that the parties have finally realized that no “reasonable solution” could be reached in the conflict without involving Iran.