Water concerns put a halt to some dam projects

Iran’s Minister of Power has announced that a number of dam-construction projects have been halted across the country. 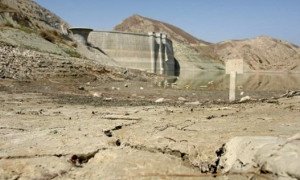 The Mehr News Agency reports that Hamid Chitchian said on Monday September 28 that the building of dams, especially in the area of Lake Urmia, has not had positive outcomes.

Chitchian said that studies from 15 years ago regarding dam building are no longer relevant to the country’s current situation in view of repeated droughts and the high consumption of water.

The drying out of many lakes and wetlands in Iran is being attributed in some part to the unregulated building of dams in the recent decades.