The head of Fars Natural Resources says 18 of the 29 cities in Fars Province are suffering from desertification. 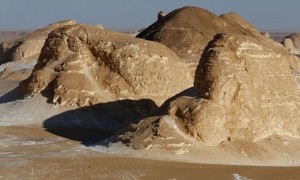 Mehrzad Bostani told the Mehr News Agency on Saturday Spetember 26: “In recent years, Fars has entered a period of drought and climate change, which has increased the speed of desertification in the province.”

Bostani said 11 million hectares of the province’s natural resources have turned into deserts or are on the verge of complete desertification.

The province has reportedly tried the widespread planting of bushes and trees as well as pond creation to prevent the rapid expansion of desertification.

Frequent drought conditions have made desertification a serious concern in several Iranian provinces including Tehran, Fars, Semnan and northern Lorestan.

Rice cultivation in Fars Province has been completely banned due to the lack of precipitation.

Climatologists say Iran has now entered the third stage of drought, also referred to as hydrological drought, where underground waters and springs begin to dry out.