One hundred and six workers at the Abgineh Glass Factory have been laid off following a compulsory 10-day vacation. 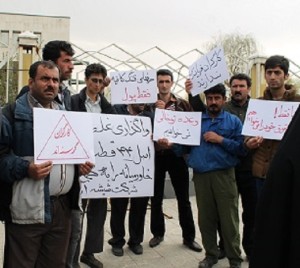 ILNA reports that upon returning to work after the 10-day forced vacation, the workers were prevented from entering the factory site.

The report adds that 48 of the workers from the crystal department had not been paid wages for over five months.

The company has cited a shortage of work as the reason for the layoff. The factory has 100 permanent workers and 200 contract workers.

The factory has a 43-year history of producing various forms of glass.