One hundred workers at the Dorood Steel and Iron Company went into their fifth day of protests on Wednesday. 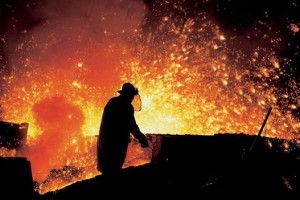 ILNA reports that the workers began demonstrations on Saturday September 19 to protest the non-payment of their wages for over three months.

In addition, their insurance premiums have gone unpaid and 16 contract workers have been let go, causing unrest among the workers.

The Dorood Steel and Iron Company has been slow to pay employee wages on several occasions over the past two years, leading to protests and strikes.