The authorities have raided two student residences and arrested a number of students, according to reports received by Radio Zamaneh. 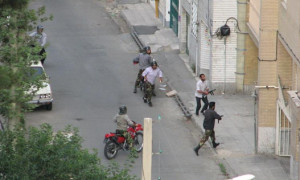 Zamaneh has been informed that two apartments housing a number of university students in Tehran and Karaj were raided by Islamic republic security forces in recent days.

A number of students from Khajeh Zasir, Allameh Tabatabayi and Tehran Universities have been arrested, and the families have not yet been informed of their whereabouts.

In view of recent speeches by Iran’s Supreme Leader officially calling on the government to fight against “internal threats” following the nuclear agreement between Iran and the 5+1, there has been some concern that this may be a green light for a crackdown on student and other activists.