President Rohani’s adviser for women and family affairs says more than 40 percent of women with higher education are unemployed. 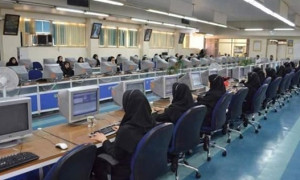 ILNA reports that on Sunday September 6, Shahndokht Molaverdi gave a speech about women in the workforce, saying Iran’s top economic challenge is unemployment. She added that unemployment is particularly high among university-educated women and single mothers.

She stressed that despite the rise in the number of women with higher education, the Islamic Republic has not been successful in absorbing these graduates into the workforce.

The deputy minister of labour has said the unemployment rate among people with higher education surpasses the country’s overall unemployment average, and the rate among educated women is two and a half times higher than among men.

Despite the high level of unemployment among educated women, female students continue to account for 60 percent of first-year university enrollment.