Underground waters in Khorazan Razavi are being overexploited by 1.2 billion cubic metres, according to the province’s Regional Water Director. 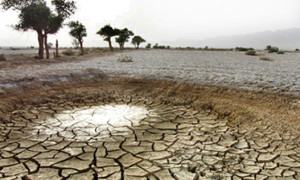 Mohammad Hossein Jafari told IRNA that the state of depletion of Khorasan Razavi’s underground waters is one of the worst in the country.

The overuse of underground water in Khorasan Razavi was also confirmed by the province’s governor in July.

Jafari reported, however, that they are implementing plans to reduce the exploitation of water resources, which include blocking 1,430 licensed wells and stopping overuse in another 1,115 licensed wells.

Jafari also reported that average rainfall has fallen from 224 mm per year to 210 mm.
The decline in precipitation and repeated droughts have caused a serious water crisis across the country.