A group of Iranian lawyers has written to the head of Iran’s National Broadcaster Seda va Sima to denounce the new series “Leyla’s Solitude” airing on Channel Three. 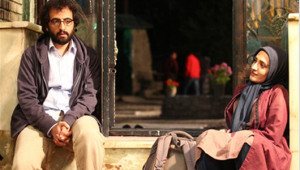 The signatories say the lawyer depicted in the series is shown with a “shameless and evil” face and taints the public perception of lawyers that fight for civil rights in the country.

The letter calls for the series to be banned from broadcast.

More than 350 lawyers have signed the letter, says Mehdi Hojjati, one of the signatories.

The series is the story of a sick shrine custodian whose family is killed in an earthquake, leaving him only with his wife, whom he adores. His pregnant wife is arrested as a result of intrigues manipulated by a lawyer.

The filmmaker has challenged the letter, saying the lawyer in his film does not represent all members of that profession.

Previously, a group of doctors challenged Mehran Modiri’s series “On the Sidelines” for its negative view of medical doctors.