Iran’s minister of transportation has announced that the report on the effects of interference waves has been forwarded to the Supreme Council of National Security. 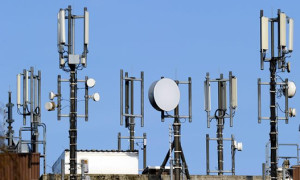 Mahmoud Vaezi told the Khorasan daily on Wednesday August 19 that according to the results of the latest research, “the intensity of interference waves has dropped and the situation has seriously improved compared to the past”.

The Iranian president had directed the ministries of communications, health and defence as well as the head of Iran’s Atomic Agency to prepare a report regarding the use of interference waves in the country.

Many critics have challenged the state’s use of interference waves to block or censor satellite programming, calling it a serious threat to people’s health. The practice became highly prevalent under the Ahmadinejad administration, which refused to accept links between the practice and adverse effects on public health.

Vaezi stressed, however, that the current situation poses “no reason for concerns”, saying the reports show that the use of interference waves “is not critical and the situation has seriously improved compared to the past.”

The Department of the Environment has said that the use of interference waves has been linked to increased cancer rates and it recommends the complete elimination of their use.