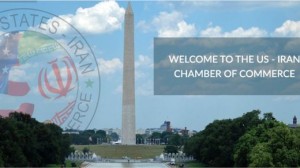 Mohsen Jalalpour explained that government permission is only required if Iran takes the first step in establishing the Iran-U.S. Chamber of Commerce.

On August 4, Jalalpour told the Mehr News Agency that Americans have already made preparations to establish the U.S.-Iran Chamber of Commerce.

Following the agreement reached in Vienna in July between Iran and the 5+1 to remove the international sanctions against Iran in exchange for limitations on Iran’s nuclear activities, a number of media outlets reported that preparations were being made for the establishment of the U.S.-Iran Chamber of Commerce.

Jalalpour also reported that the Chamber of Commerce has proposed that a delegation of businessmen and entrepreneurs accompany the Iranian president to New York next month.

President Rohani may visit the U.S. in September to attend the UN General Assembly.

Earlier, Iranian Oil Minister Bijan Zanganeh said once the nuclear agreement is implemented, his ministry will have no restrictions against cooperating with Americans in the oil and gas sector.