The United States has intensified its air strikes in Afghanistan in recent months, according to a New York Times report on July 15, 2015. 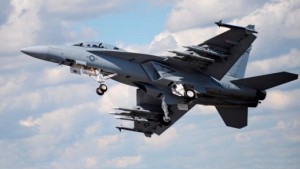 The report says military statistics show that throughout the month of June, American drones and planes dropped twice the amount of bombs on Afghanistan compared to any previous month.

The attacks have been mostly focused on Taliban forces, according to the reports; however, they have also reportedly been targeted forces defecting from the Taliban to join the Islamic States of Iraq and Syria (ISIS).

Pentagon spokeswoman Henrietta Levin said: “The department anticipated a summer uptick in insurgent activity, and we were prepared to protect our forces.”

The report adds, however, that intensifying the air strikes could have an adverse effect on the process of peace negotiations between the Taliban and the Afghan government.

China to have key role in one aspect of nuclear deal