An unusual prison inspection was carried out Wednesday night in wards 7 and 8 of Evin Prison in Tehran by the facility’s Special Guards. The inspections persisted through the night and continued until the morning of Thursday July 16. 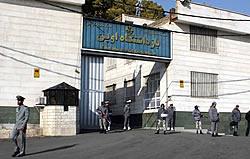 The Human Rights Activists News Agency (HRANA) reports that at around midnight, the guards evacuated the cells and began inspecting them until past one o’clock in the morning.

The report adds that Reza Entesari, a jailed Dervish who suffers from heart problems, had an attack during the inspections and was transferred to the infirmary.

Following the episode, at 8 AM on Thursday, the guards arrived once more in Ward 8 and carried out another inspection. They also inspected part of Ward 7.

The unusual inspections triggered protests from the prisoners, according to HRANA.

In March of last year, a five-hour inspection of cells led to prisoner protests and the severe beating of 30 prisoners.