The head of the Mazandaran police says 400 surveillance cameras have been installed across the province to improve security. 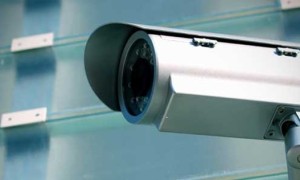 The Fars News Agency reported on Sunday June 28 that 40 cities in Mazandaran will be monitored by these cameras.

The installation of security cameras in Iranian cities has increased since the mass protests of 2009 following the controversial presidential election of that year.

Mazandaran police say the cameras will improve intelligence gathering and reduce the need for the physical presence of officers in the community.