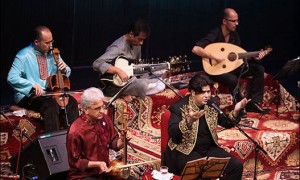 The Etemad daily reports that ensemble member Saeed Farajpouri said: “Although we were planning on holding a number of concerts in Iran in the coming year, in light of the recent problems with concerts, we decided that we will not hold concerts in Iran for the time being.”

In recent months, several music concerts have been cancelled through interference from extremists groups and hardliners in the establishment.

The judiciary has now joined the chorus of voices against concerts, saying the prosecutor’s office can issue an order to cancel concerts if it decides it would prevent offences.

That means the permits issued by the ministry of culture and guidance are no longer a guarantee that concerts will go ahead as planned, since other government bodies may step in to overrule the permits.

The minister of interior says, however, that the cancellation of concerts is being exaggerated.