The Iranian Parliament has passed a bill “requiring the government to protect [the country’s] nuclear achievements and rights”. The bill also prohibits international inspection of any military, security and non-nuclear facilities. 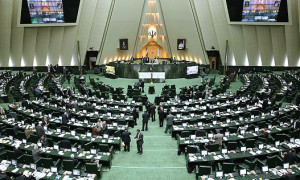 ISNA reports that on Tuesday June 23, the bill was passed with 213 votes in favour, 10 votes against and six abstentions.

The bill states that any agreement between Tehran and the six world powers will be valid only if it complies with the provisions detailed in the bill.

The bill states that all sanctions must be removed at the same time; the IAEA is permitted to carry out “conventional inspections” of nuclear sites; access to all military, security and sensitive non-nuclear locations, documents and scientists is prohibited; peaceful research and the development of nuclear technology should not be halted.