With only 10 days remaining to the deadline for a comprehensive draft of the nuclear agreement between Iran and the 5+1, Iranian Foreign Minister Mohamad Zarif was quoted as saying: “I do not believe there is any chance of extending the deadline.” 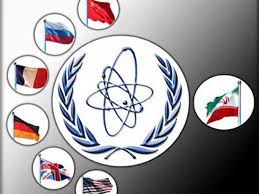 In an interview with Donya newspaper in Tehran on Saturday June 20, Zarif said: “It is possible that we might need a few more days than the scheduled June 30, …just taking those days is a better approach than renewing the deadline.”

Zarif said that even back in the fall, he was not in favour of extending the deadline.

The deputy ministers are in Vienna working on the draft of the agreement, and in two days, Zarif and his deputies will meet with the EU’s Federica Mogherini and three European foreign ministers to examine the agreement.

IRNA also reports that the Iranian foreign minister may meet with the U.S. at the end of this week.

Abbas Araghchi, the Iranian deputy foreign minister, said a number of more fundamental differences will be left for the final days.