The spokesman for Iran’s judiciary announced that five people have been arrested for their activities on social media networks. 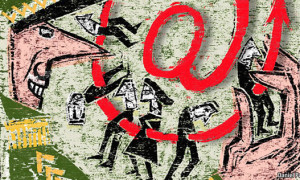 Gholamhossein Mohseni Ejei told a press conference on Monday June 8 that five individuals who used online networks and mobile phones to rally people to the streets have been arrested.

Ejei did not identify the detainees but said they are being charged as “anti-Revolutionaries acting against security”. He added that they may be released on bail and that more arrests may be in the works.

Last June, the Kerman Revolutionary court announced it had issued prison sentences of between one and 11 years to a number of people for anti-regime activities in cyberspace.