An on-the-job accident claimed the life of a worker at the construction site of the Persian Gulf Star Refinery on June 4, 2015. 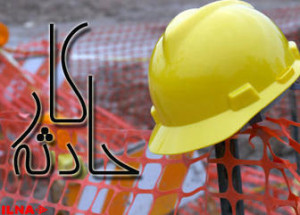 ILNA reports that the accident happened during the installation of the plumbing, when a large pipe fell on the worker.

The worker, who was identified as Bakhshi, was single and came from Masjed Soleyman.

Construction of the Persian Gulf Star Refinery began nine years ago in Bandar Abbas and is still underway.

Officials reports indicate that 1,400 workers die in Iran each year as a result of workplace accidents and another 8,400 die from work-related diseases.