Dust storms hit one province, will soon hit others

Eastern Azerbaijan Province has been put under emergency alert with dust storms moving into the region on Thursday June 4. 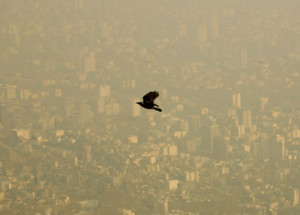 Hamid Ghassemi, the head of the provincial Environment Department, said air quality in Tabriz and a number of other cities is cause for concern.

Nasr News reports that while 100 PSI is considered an acceptable concentration of air particles, Tabriz is currently registering 171 PSI.

Ghassemi said Koleybar and Khodaafarin are other cities affected by the dust particles.

Current visibility is only one kilometre, and the conditions are expected to persist until Monday.

Dust particles have become a recurrent problem in the western provinces of Iran and the problem is progressively expanding its stretch to further regions of the country.