Iran claims success in talks with Russia over missile system

Iran’s deputy foreign minister, who travelled to Moscow to discuss the delivery of an S-300 missile defence system to Iran, has announced that the discussions were successful. 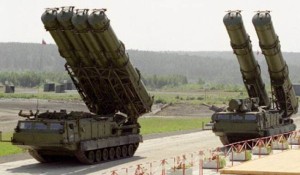 IRNA reported on Tuesday May 26 that Hossein AmirAbdollahian said in Moscow: “Negotiations with the Russians over the delivery of S-300 to Iran have been successful.”

He added that the missile defence systems will be delivered to Iran at the “first opportunity”.

In April, Russian President Vladimir Putin signed an order approving the delivery of the S-300 system to Iran, which had been banned for six years by a previous order.

The Kuwaiti newspaper Al-Jarideh reported last week that during a secret trip to Russia, Israeli Prime Minister Benjamin Netanyahu had managed to rescind the agreement between Russia and Iran and cancel the delivery of the S-300 Missile defence system to Iran.

That story was later denied by the Kremlin.

In an agreement signed in 2007, Russia promised to deliver five S-300 missile defence systems to Iran for $800 million, with a down payment of $167 million. In 2010, UN Resolution 1929 banned the sale of heavy military equipment to Iran, which prevented Russia from complying with the agreement.

With the prospect of sanctions against Iran being lifted under a possible agreement emerging from the nuclear negotiations between Iran and the 5+1, Russia has announced that it is ready to comply with the 2007 agreement it signed with Iran.