Iran’s Supreme Leader has announced that all Afghan students in Iran, whether documented or not, should enjoy the right to education. 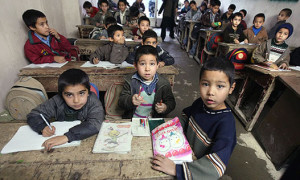 The Tasnim News Agency reports that according to Ayatollah Khamenei, “No Afghan child, not even immigrants who have arrived in Iran illegally and without documents, should be denied the right to education and all should be allowed to register in public schools.”

The report on Tasnim describes the decision by the Iranian leader as one of the most important decisions in the history of the Iranian government and the presence of Afghan immigrants in the country.

Iranian authorities estimate there are 1.5 million undocumented Afghan immigrants in the country. Up until now, undocumented immigrants were denied the right to education and other government services.