Fourteen Iranian sailors on a fishing vessel have been captured by Al-Shabab militia forces in Somali coastal waters. 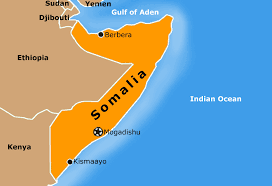 Captain Asghar Mohammadpoor, the head of Safety and Security for Islamic Republic Shipping, has told Central News Unit: “The ship apparently belongs to Islamic Republic Shilat and had been experiencing technical problems since two to three days ago in the Indian Ocean.”

Piracy had become prevalent in Somali waters; however, in recent months there has been little pirate activity in the region.