A group of women’s rights activists marked the first anniversary of the My Stealthy Freedom campaign by praising the “bold women” who have challenged compulsory hijab. 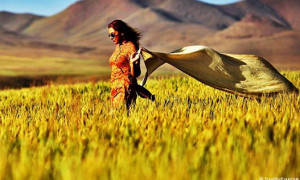 In a statement they write: “In its first year, the Stealthy Freedom campaign has managed to help echo the voice of women claiming ownership of their bodies and the freedom to choose their outfit and protest the ban on their voice.”

In May of 2014, Masih Alinejad created a Facebook page entitled My Stealthy Freedom, and other women began uploading photos of themselves in public places wearing outfits of their choosing, often without hijab. More than one million Iranian men and women have since joined the page.

In February, Alinejad was awarded the inagural Women’s Rights award by the Geneva Summit for Human Rights and Democracy.

Four sentenced to death for murder of Fakhondeh