The U.S. Department of Justice has accused four companies and five individuals of making “illegal” exports of electronic and military equipment to Iran. 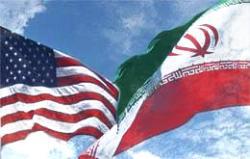 Reuters reports that these entities are charged with transferring these products to Iran through Turkey and Taiwan.
The indictment issued by a Texas court alleges that since July 2010, the five individuals have bought 28 million military items worth $24 million from companies around the world. According to the indictment, these individuals have violated U.S. sanctions by transferring these items to Iran.

Arthur Shyu of Hosada, Taiwan and Matin Sadeghi and the Golsad Company in Turkey are also said to be part of the network.

Arrests warrants have been issued for Arthur Shyu and Matin Sadeghi, who are not in the United States.

The Iranian company Faratel Parsian, which belongs to Bahram Mechanic and Khosro Afghahi, is said to have assisted in transporting the products. The company is being charged with selling the products to Iran’s ministry of defence and the Atomic Energy Agency of Iran.

The companies are facing $1 million in fines and the individuals face up to 20 years in jail.