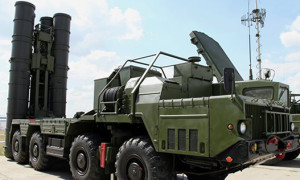 Interfax reports that the Russian foreign ministry announced it is ready to promptly supply the missiles to Iran.

General Yury Yabukov, a Russian Defence Ministry spokesman, told Interfax that while these S-300 missile systems have not yet been produced, the Russian Armed Forces possess the missiles and can deliver them to Iran.

The contract to deliver six divisions of S-300 missiles to Iran for $800 million was signed between Russia and Iran in 2007.

In 2010, a UN Security Council weapons embargo on Iran restricted Russia’s possibility to deliver the missiles, which led Dmitry Medvedev, the Russian president at the time, to sign an order forbidding the sale to Iran.