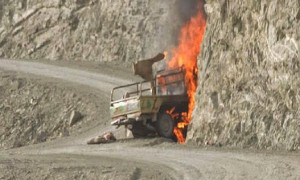 There have been several fatal conflicts between Iranian border officers and Jeysh-ol-Adl in recent years.

Iranian authorities confirmed the eight deaths and have called on Pakistani authorities to make every effort to capture the perpetrators, who according to Iran have fled to Pakistan.

On Monday April 6, hours before the attack on the border station, Iranian authorities announced that they had managed to destroy a terrorist cell in Sistan-Baluchistan and recovered large amounts of weapons, ammunition and communication equipment.