Ayatollah Hashemi Rafsanjani, the head of Iran’s Expediency Council, has cancelled his trip to Saudi Arabia after the Saudi army began its attacks on Yemen. 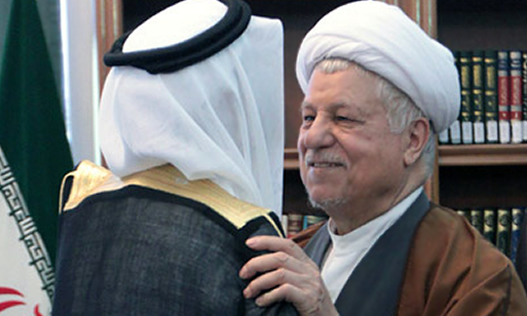 On Sunday morning, the parliamentary adviser to Ayatollah Hashemi Rafsanjani told reporters that the trip was cancelled due to Saudi Arabia’s attack on Yemen.
Last December, Akbar Hashemi Rafsanjani announced that improving relations with Saudi Arabia was on his priority list and he would offer his assistance whenever the Iranian Supreme Leader Ayatollah Khamenei called on him. He was set to take a pilgrimage trip to Saudi Arabia at that time
When the oil prices began to fall last year, Iranian-Saudi relations, which had been heavily strained throughout Mahmoud Ahmadinejad’s two terms as president, took another turn for the worse.
Last May, the Saudi ambassador extended an invitation to Hashemi Rafsanjani on behalf of the Saudi king to travel to Riyadh.
Inside sources in Iran say Ayatollah Rafsanjani has good relations with Saudi rulers.
Iranian-Saudi relations have been further strained, however, by the events in Yemen. Iran has condemned the Saudi bombing of Houthi Shias in Yemen.