Two Iranian journalists were among the passengers and crew killed in the crash of a German airliner flying over the Alps. 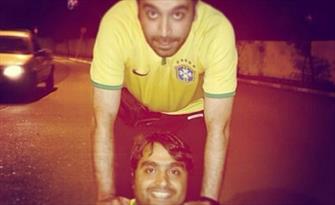 Milad Hojjateslami and Hossein Javadi, two Iranian sports journalists who had been covering football in Barcelona, were on the Airbus 320 Germanwings flight that went down in southern France on Tuesday March 24 while flying from Barcelona to Dusseldorf.

The Iranian foreign ministry has confirmed that the two journalists were on the flight.

According to Khabaronline, Hossein Javadi had covered the El Clasico match between Barcelona FC and Real Madrid and provided the site with an exclusive video report.

The families of the two journalists are said to have had their last contact with them two days ago.

144 passengers, two pilots and 4 crew members were said to have been on the airplane, including 16 grade ten students returning from Barcelona at the end of a foreign exchange program along with two teachers.