Iran’s Supreme Leader Ayatollah Khamenei addressed Iranians about the coming year, referring to it as the year of “government and the people: empathy and support” and adding that the past year was an eventful one for the country both within and outside its borders. 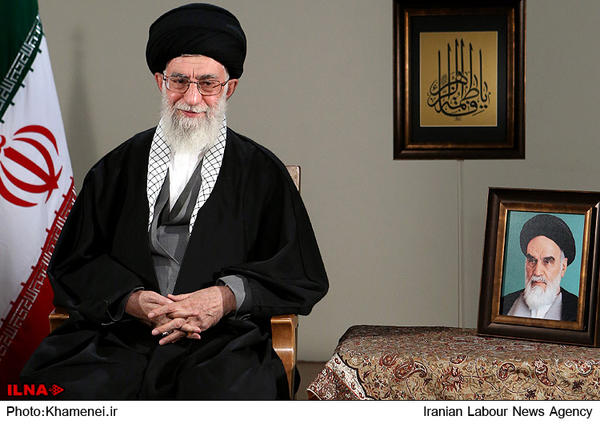 IRNA reports that in his Norooz message, Ayatollah Khamenei said his wishes for the people in the new year are “economic progress, regional and international authority and dignity and meaningful scientific advances.”

He also wished judicial and economic justice and faith and spirituality on the people, adding that all these wishes are attainable and in the reach of the Iranian people’s abilities and their political system.

He added: “These vast and important possibilities can be realized on one condition, and the most important of those conditions are sincere cooperation between nation and state. The Iranian president also referred to his administration’s efforts in the nuclear negotiations, saying: “Today there is no longer a race to put sanctions on Iran but rather one to reach an understanding with Iran.”

“We have established our nation’s nuclear rights; we have broken down the system of sanctions,” Rohani added. Iran is involved in nuclear negotiations with the 5+1, and both sides appear determined to force a deal to end the nuclear disputes. President Rohani also referred to the coming parliamentary election slated for next March, adding that there needs to be an open forum to allow greater activity by political parties and “greater tolerance” for different groups. Rohani finally added that all of the administration’s efforts are aimed at creating greater comfort, fewer worries and greater hope for the future for the people of Iran.